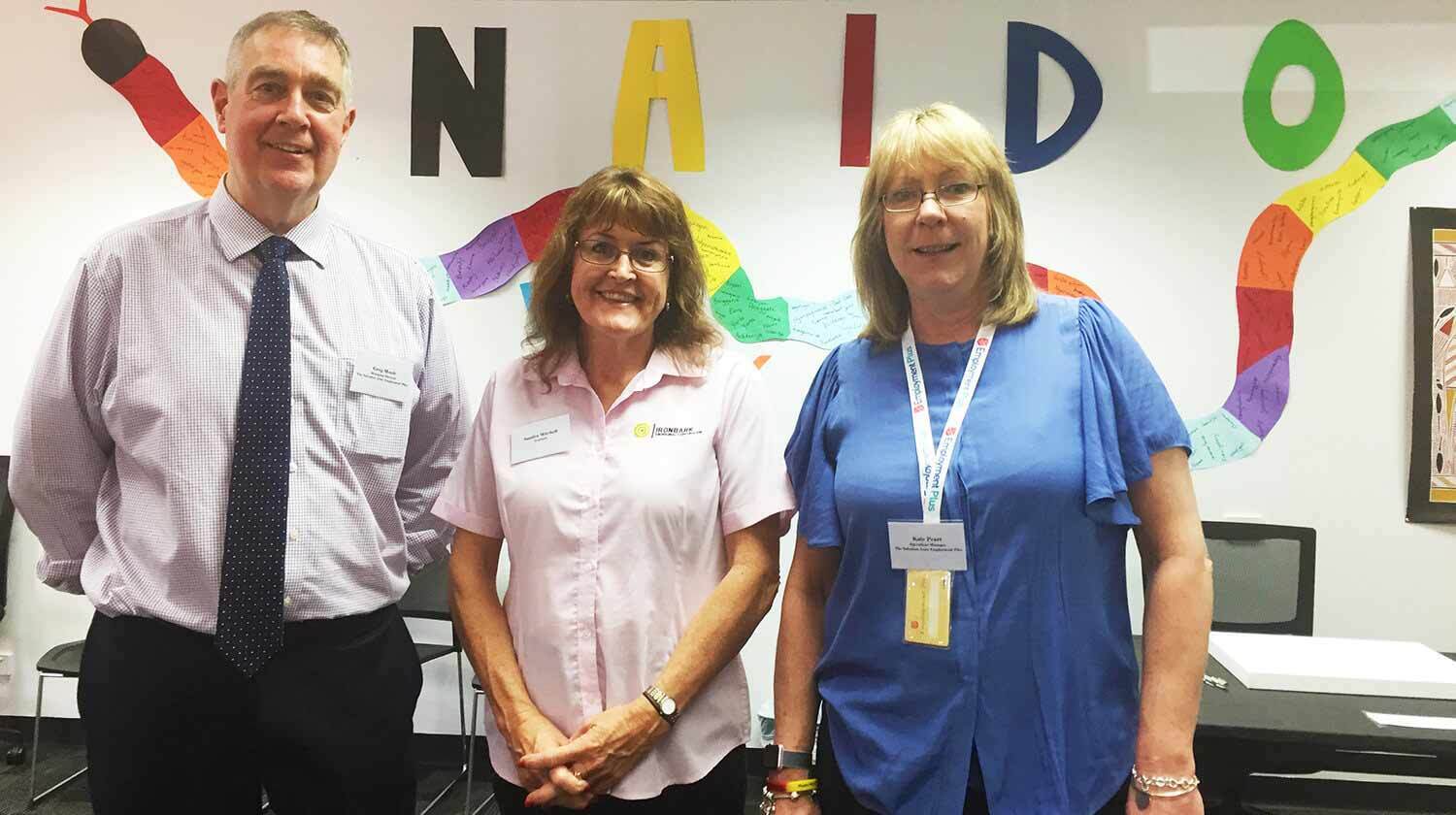 In the first week of July, the Employment Plus Reconciliation Action Plan Working Group worked with staff and sites across Australia to celebrate NAIDOC Week, a celebration and recognition of the history, culture and achievements of Aboriginal and Torres Strait Islander peoples.

This year the significant event was marked by the theme, ‘Our Languages Matter’, so our celebrations had a strong focus on the many distinct Indigenous languages spoken in Australia.

Throughout the week, we had celebrations at many of our sites, including a Didj performance at Raymond Terrace. Staff members around the country attended local opening flag raising events and ceremonies.

Aboriginal and Torres Strait Islander job seekers also got involved at many of our sites, helping us decorate our offices in the Aboriginal and Torres Strait Islander flag colours. Over the past few weeks, Acknowledgement Plaques and Indigenous flags have started going up at all of our sites, to help show our support of Indigenous Australians and make everyone feel welcome.

Casuarina Employment Plus hosted a special NAIDOC Week lunch with Larrakia Nation elders and Kenbi dancers from the Torres Strait Islands. The event was attended by Employment Plus Managing Director Greg Moult and Operations Manager Kate Peart; as well as Chief Minister of the Northern Territory and Minister for Aboriginal Affairs Michael Gunner; Member for Solomon Luke Gosling; and Lord Mayor of Darwin Katrina Fong Lim.

The team at Woodridge held a BBQ out the front of their site to mark NAIDOC Week and also to celebrate the success of one of their job seekers in finding employment.

Throughout the week, our Mount Gravatt team invited their job seekers to add some colour and design to the Rainbow Serpent on display in the office. The Rainbow Serpent is an ancient Dreamtime Story that has been passed down from generation to generation and is one of the most common and well known stories in Aboriginal culture. The Rainbow Serpent is the creator of life and is very important in Aboriginal community and is one of the oldest continuing religious beliefs in the world. The Mount Gravatt team also invited their job seekers to join in celebrations, sharing food and listening to readings of a Dreamtime story from their local Aboriginal community.

Rockingham invited their job seekers along to an event at site. A local Elder, one of their Aboriginal candidates spoke to some of the job seekers at the event about what NAIDOC Week means to him and shared a bit of the history from his family.

National Office held a NAIDOC themed morning tea with food inspired by the colours of the Aboriginal flag. Meeting rooms were renamed to significant Woiwurrung words, the language of the local Wurrundjeri tribe.

As Australians we have a collective interest in the culture and history of our first people.

As an organisation, we have an even greater responsibility and commitment to ensure respect for the Aboriginal and Torres Strait Islanders peoples and communities of our nation, and in particular those that we work with each day.

Get the latest news and updates to help you on your job search.

Get the latest news and updates to help you on your job search.