There are changes to MUTUAL OBLIGATIONS in some COVID-19 lockdown areas. Click here for more information:

Christmas Stories: A life of plenty now just a memory 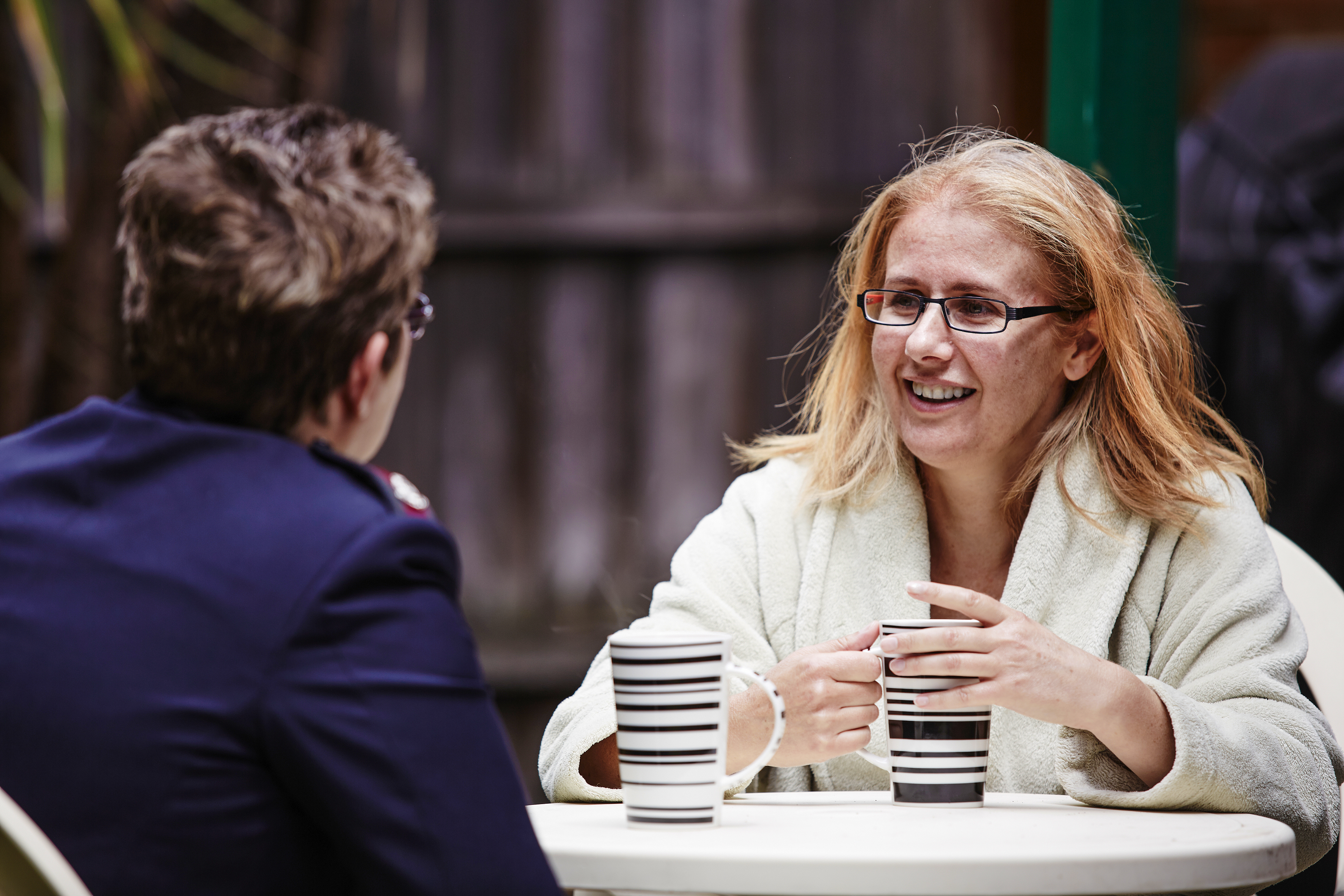 “Unless people have been down that road, they don’t get it – they don’t understand.” – Sylvia

High-flying business management consultant Sylvia* had a great job and a great life. Until her husband became violent when her daughter was just a few weeks old.

Sylvia fled the trauma with her daughter, travelling to Queensland to spend time with her parents.

Unfortunately, due to her mother's medical condition [dementia], it became untenable for the pair to stay at the family home. So, ever-resourceful, Sylvia borrowed her father's pop-up camper and headed back interstate.

With a job lined up, Sylvia was hopeful she could make a fresh start. But when the job fell through, she was forced to confront the unthinkable: she was homeless.

“You think, ‘Is this reality?’ and ‘How could I come from someone who has four university awards working as a business consultant, flying around the country, to this’,” she says.

Support is sometimes hard to find

Sylvia’s parents wanted to help, but being pensioners there was not much left in their budget to spare.

So Sylvia and her daughter lived in caravan parks until their money ran out. When it did – and it always did – Sylvia would free-camp while her daughter couch-surfed at friends’ places until they could afford another stint in a caravan park.

“Free-camping is scary,” says Sylvia. “I’ve had men knock on my caravan door and ask for sexual things. It’s scary.

“Even so, the caravan parks are not necessarily the best places to be. There is car theft. I had no proper lock on my door. But at least you had your shower and things available to you. I’ve got arthritis as well so getting to and from the bathroom was sometimes challenging.”

Sylvia and her teenage daughter spent four months homeless in the camper.

“We didn’t have much of a Christmas that year,” she says. “There was just no money to have a Christmas as such.

“Some of my daughter’s friends came and we just sat by the [caravan park] pool and had sandwiches and they bought some chips and things and it was quite simple. Very little money to do much, but it was good to be a family, with my daughter.”

Hope on the horizon

Sylvia came across The Salvation Army when she was attending Centrelink offices nearby. Seeing a sign offering free fruit and vegetables, she suddenly realised she felt very hungry.

“I don’t think Australians realise what it’s like to go to a shop and think, ‘All I can afford is milk, bread and butter. That’s all I can afford’. This happened to me the other day and that’s all I could walk in and get.

“You think, ‘I know milk is going to cost $3. I know that butter’s going to cost $2.65’ and you start to know the price of everything and what you can actually afford. You wonder how you can be in a situation where you can’t really afford to put meals on the table. This should never be. You don’t prepare for it because you don’t think it will ever happen.”

Her local Salvation Army worker embraced Sylvia and helped her work through the issues she faced in getting access to affordable housing. They also provided Sylvia and her daughter with a fridge and other household furniture and items that they needed to set up their new home.

“Some of my friends didn’t even know I was homeless. You just don’t say it,” she says. “They put you in a category and people don’t listen to you. You become a different category of person, regardless of what your background is.

“You don’t say too much to some people; you just get on with what you need to do. The other thing is, you can’t really complain because you start getting that mindset that people owe you things and it’s not about people owing you, it’s actually about, ‘Where can I go and how can I get there?’. So we focus on what we can do, rather than the situation.”

“The Salvos were awesome. It was nice to talk to someone who understood hardship, who was accepting of hardship. Ever since meeting the Salvos and them helping us we have just moved forward.”

Through the Salvos and support workers from other organisations, Sylvia secured affordable housing. She is now studying for a law degree and volunteering her time to help other women in similar situations. Her daughter secured a scholarship and is now studying at university.