Christmas Stories: Hope in my heart 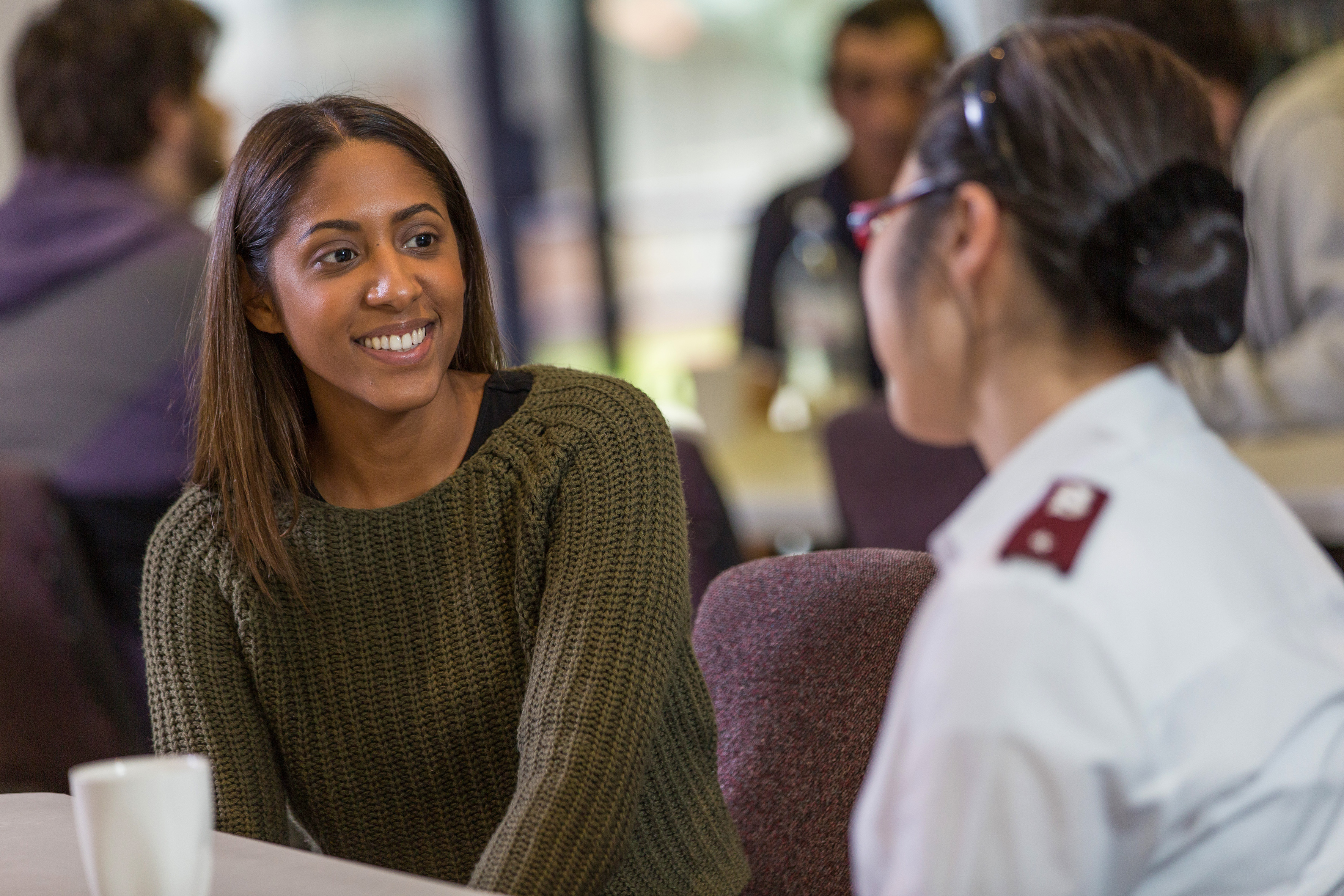 “The [Salvation Army Bramwell House] staff were very, very helpful – beautiful, such beautiful people and I say thank you so much for helping me when I was in so much pain, so much struggling and my family wasn’t there.”– Putri*

Four years ago, Putri* found herself alone in a frightening new culture. She was hungry, with just $10 in her pocket and the clothes on her back.

Although she had already lived in Australia for four years she was rarely allowed to go out on her own. At times Putri was even locked in the house by her fiancé and says she was physically, emotionally and financially abused.

Putri, who had always worked in her home country, says until she came to Australia she’d had a happy life.

“I just wanted to find the right person and have a marriage and family like everybody else,” she says. “I was introduced to him by one of my friends and told he was a nice guy. He kept saying, ‘I want to marry you. I want to have children and a family’. He said I would have a good life in Australia.

“I believed it. I loved him. But it ended up in domestic violence. He was very violent to me.”

At times Putri felt so low that she thought about taking her own life, to stop the immense pain and sense of hopelessness she was feeling.

Putri realised she had to escape. One day she went to her regular English lessons and never went home.

She spoke to a counsellor who linked her with domestic violence support. She was put into a hotel for two nights (and is so thankful the kind hotel manager bought her some food).

“I hadn’t changed my clothing for days. At night I would wash what I could and let it dry,” she says with a smile.

And while she laughs now, it was a stressful time for Putri who was struggling with cultural differences, plus uncertainty with her visa.

Giving back — a blessing to others

After being referred to The Salvation Army’s Bramwell House, Putri’s case manager helped her work through many of her difficulties. She received initial help with food and transport costs – and later with driving lessons. She was also supported to apply for Centrelink, submit her immigration application to gain permanent residency and enrol at TAFE. Her case manager also advocated and successfully helped her to secure a small unit through Salvation Army Housing.

With newfound hope for her future, and the help of a small funding grant organised through Bramwell House, Putri completed a beauty therapy course. Putri also began volunteering one day a week at a local Salvos Store to help her gain confidence and customer service skills.

“Putri has kept in touch with staff at Bramwell House over the years,” says Bramwell House manager Naomi. “During her training she would come to Bramwell House and do the nails of any of the ladies currently staying here to help them feel a bit special and give them a boost. The staff have always found Putri to be a positive and encouraging young woman who will help anyone who asks her.

“We are excited that all her hard work has paid off and she has succeeded in starting her own business,” Naomi adds. “This is a wonderful achievement for her. And she continues to give back, by letting clients from our service receive treatment at no cost. She is such a blessing to others.”

For the past two Christmases – and throughout the year – Putri also helps cook and serve food at ‘Do Unto Others’, a program run by Adelaide Salvation Army Corps. She loves it.

Do Unto Others reaches people who are experiencing homeless, vulnerable and marginalised. It builds community with them and restores their dignity.

Laurie, former coordinator of Do Unto Others, says: “Through her heart to share her skills as a nail beautician, Putri gave the ladies of the Do Unto Others community a fantastic Christmas treat (yet again). A manicure and nail polish is expensive and something that people often cannot afford. Ladies at the Christmas party left Putri’s ‘studio’ beaming and feeling uplifted.”

Putri says volunteering at Do Unto Others and Bramwell House is her way of passing on the support and love she was shown during her time of need.

“[Bramwell House staff] are really nice people and very helpful,” she says. “I’m so blessed. I was so desperate and I met good people there. I was all alone and they were like family, listening to me and caring.

“Bramwell [staff] are helping many women in a difficult time. Not just me but many others as well. I want to say thank you to the people who support [The Salvation Army]. Thank you so much to the people who put the effort into helping me and helping other women as well.”