There are changes to MUTUAL OBLIGATIONS in some COVID-19 lockdown areas.

The valuable career lessons I learned from Game Of Thrones 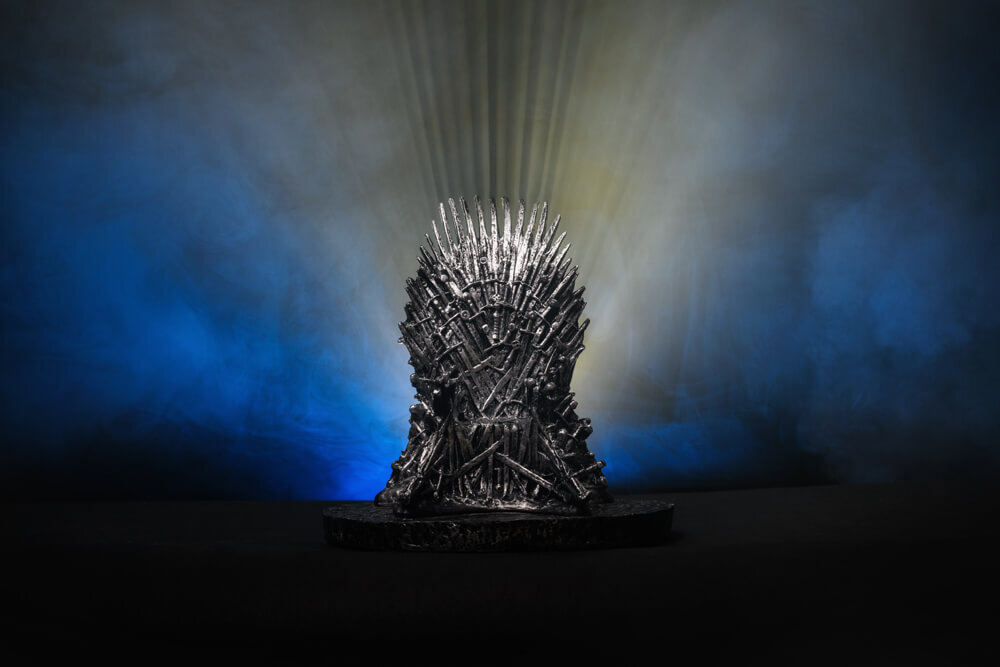 Fact: There’s no job that’s harder to get in all of Westeros than the Ruler of the Seven Kingdoms (a.k.a., King of the Andals and the First Men, a.k.a., Protector of the Realm). Forget all-day interviews, off-the-wall questions, and personality tests—just getting your foot in the door here involves backstabbing, battles, and on occasion, murder. And again, that’s just to get your name tossed in the ring. To end up actually sitting on the Iron Throne, you have to really sit down and think about your career strategy. Over the course of a few seasons, we’ve seen several different approaches—some more successful than others. (Warning: Minor spoilers ahead.)

The second you’re born in Westeros, you’re subject to danger. The key to (literally) staying alive is to make friends with the right people. Because you never know when you’re going to need to ask someone for help. Whether that help involves smuggling you out of the country, or joining you on a mission to save humanity, or simply stopping you from drinking poisoned wine, it doesn’t matter.

The same exact lesson applies to your professional network. Make smart and strategic choices as you reach out to people on LinkedIn, choose mentors, and set up coffee dates. Always ask yourself two questions: “How can this person help my career?” and “How can I help this person’s career?” Remember, an alliance goes both ways.

Everyone’s always plotting against everyone else in Westeros in an attempt to get to the top. While it usually pays off in the short term (hello, Queen Margaery), we’ve seen time and time again that it never seems to end well. Cersei Lannister could certainly attest to that. As could all the guests at the Red Wedding.

Throughout your career, there will be moments when you’ll be able to take shortcuts, lie to get ahead, and take credit for someone else’s work. Sure, in the short-term this could work out beautifully. Perhaps you’ll get a compliment from your manager. Or maybe it will even lead to a promotion. But, eventually, it will catch up to you. Yes, playing fair may not always be the fastest way to move up the career ladder. And yes, it may be frustrating when people around you seem to skip rungs because they’re breaking the rules. But it’s the only way to get to the top—and guarantee you’ll stay there.

Tyrion Lannister should’ve been killed 10 times over by now. But, against all odds, he continues to get himself out of trouble by convincing his captors that he’s worth keeping alive. That’s because his elevator pitch is on point.

Whether you’re currently searching for a job or not, you never know when opportunities are going to present themselves. A life-changing conversation can happen at any time. That’s why you should always be ready to tell someone who you are, what you do, and why you’re worth remembering, all in under 30 seconds.

Lesson 4: Know When to Move On

My heart breaks for Sir Jorah Mormont, instead getting swiped left by the woman he loves the most. While his determination to get back in her good graces was certainly admirable, it seems completely pointless. If only he’d channelled that same energy into discovering the cure for greyscale. (Thank goodness for Samwell Tarly!)

Look, we’ve all been there. You’ve working on a pet project at work and it’s just not coming together. Maybe it’s due to a lack of resources. Or, maybe it’s due to the data not adding up the way you thought it would. Either way, you’re pouring tons of time every day into something that’s looking more and more like it’s not going to reach its goal. Knowing when to move on is often times just as important as knowing when to double down and work even harder.

No, you shouldn’t abandon every challenging project. But if something’s not working, and it’s eating into your valuable time, you need to take a breather and re-evaluate your plan.

Lesson 5: Fight for What You Deserve

No one in Westeros will fight your battles for you. Mostly because they’re almost always way too busy fighting their own. (Also, because winter is always coming.) If you want to get something done, you’re going to have to handle it on your own. After all, King Joffrey wasn’t going to poison himself.Your career is like that, too. While you should most definitely surround yourself with people who support you, none of them will ever go to your boss and make the case for why you deserve a promotion, and a raise, and a corner office. If you believe that you deserve something—whether it be a more flexible work schedule, or a networking contact, or even more Twitter followers—it’s up to you to fight your own battles. And if you’re fighting the right one, people will get behind you.

Lesson 6: Ask for Help Before You Need It

When we first met Sansa, her life’s ambition was to marry a king and wear pretty dresses. The reality wasn’t exactly what she had in mind. It’s fair to say she’s matured somewhat since then, and she’s earned her spot at the table without the need of a handsome prince on her arm. But she’s the first to admit that she can’t do it alone. Without the aid of Tyrion, Theon and Littefinger (thank you Knights of the Vale), things would have ended very differently (and much sooner) for Sansa.

Figuring something out on your own always feels good. But, you know what also feels good? Not holding up other people because you’re too proud to admit you don’t know something. It’s OK not to know everything (Isn’t it annoying when someone else does?!) It’s why you have co-workers, managers, and different teams—and aren’t just running your company solo.

When you receive a new project or an assignment, take a moment to figure out what you can handle alone, and what you might need help on. It’s always better to reach out before you’re in over your head and running behind.