Work for the Dole activity recognised with multiple garden awards 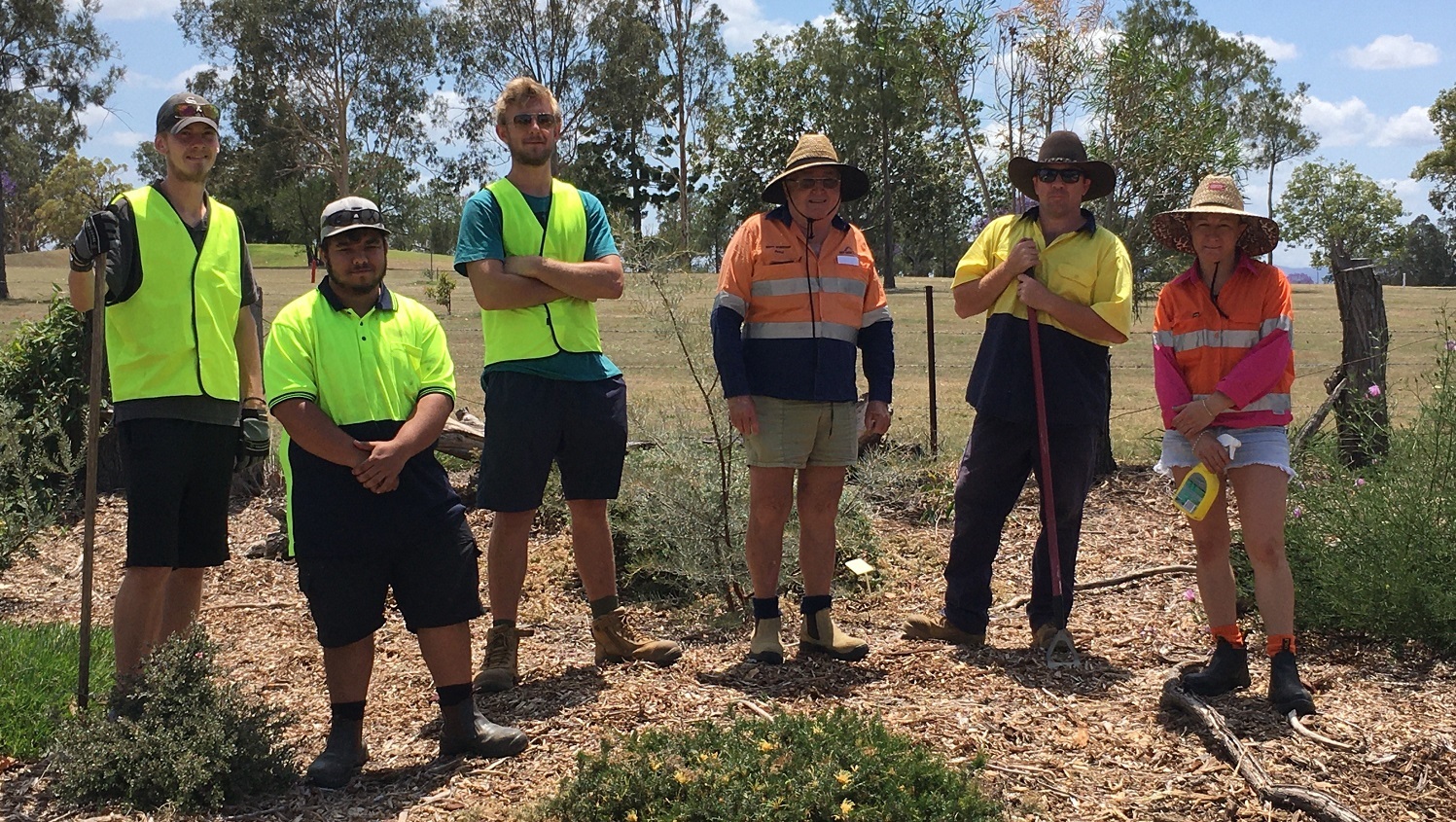 Participants in our Work for the Dole program in Lowood (Wivenhoe Region, QLD) are dominating community awards with their stunning landscaping efforts. In the recent 2019 Somerset Garden Competition, the Brisbane Valley Rail Trail – Lowood Section, which was almost exclusively created by Work for the Dole participants, was the only project to achieve two ‘Winner’ awards. The first was in the Major Categories section, acknowledging the Lowood section project as the Best Business/Community Group Garden. The Rail Trail also picked up an award in the Bonus category for the Best Native Garden, acknowledging its excellent usage of Australian flora.

The initiative is run by Peter Bevan, who is a Work for the Dole Activity Supervisor and the person responsible for the original idea of tidying up the Rail Trail and creating gardens along it for the community to enjoy. “Everyone’s put so much effort in and it’s really changed the feel of the place. It’s gone from something that has an infrastructure purpose, to also providing a greenhaven for the local neighbourhood,” Peter said. “Winning the awards reflects this effort and the skills of people we have participating in Employment Plus’ Work for the Dole scheme.” Peter said the activity has been made possible by The West Moreton Landcare Group, which is the host organisation for the activity. “They’ve enabled our job seekers to be involved in something really important and the plan is to keep beautifying more of the Brisbane Valley Rail Trail. We’ve been doing this for about four years and we reckon there’s at least another two years of work ahead of us to maximise the benefit to the community,” he concluded.